Presently these two different exam patterns are integrated into a new format. The same system has been adapted in the case of School Assistant Maths, Physical Sciences, Social Studies, Telugu, Hindi and English selection exam.

DSC+TET= DSC 2014 The government is planning to release the DSC notification on September 5th and commence the sale of application forms from 16th of this month. Department of School Education is planning to conduct exam on 13, 14 and 15th of December this year and release the results by January 24th. The dates will be confirmed after a high level review to take place in short time. 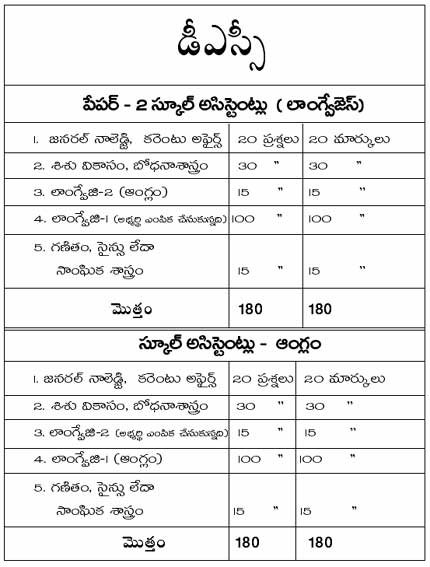 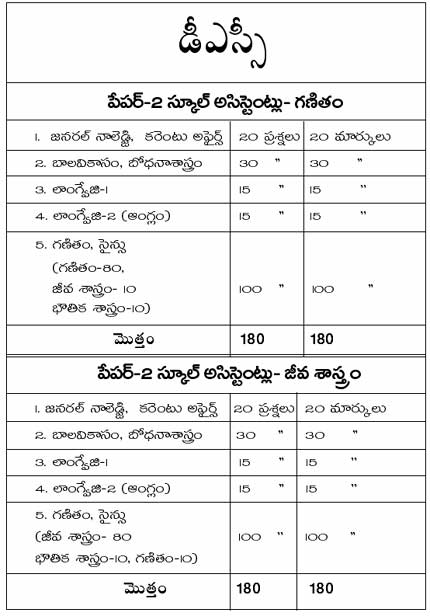 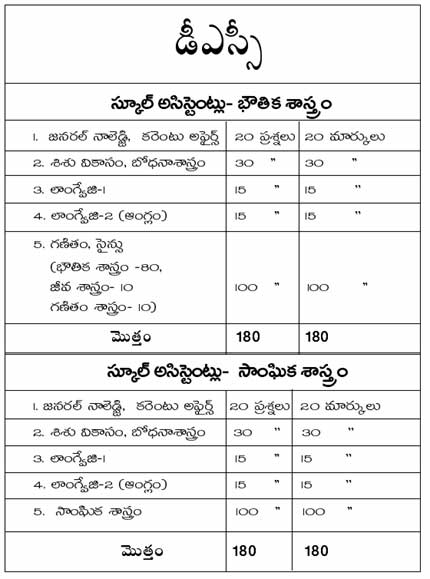 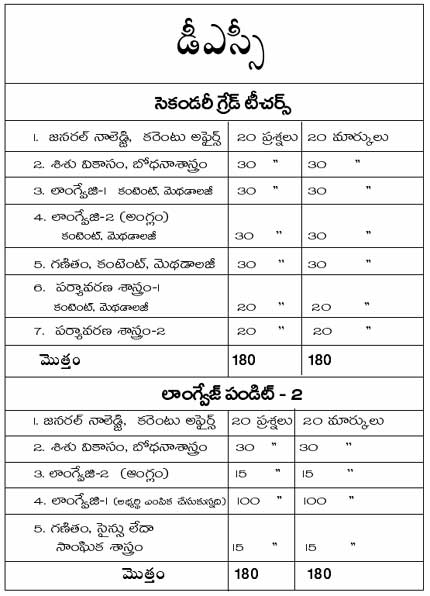